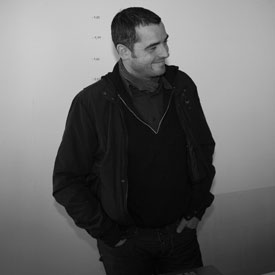 Sometimes central communication ideas can develop from unfavourable and even unintended circumstances.
The main problem with Munich Technology Centre, for example, was the system of coding, that was pre-determined and which could not be changed. It does not assist wayfinding, as the visitor enters the building through module »E«, i.e. it gives him no idea about his own position in the building.

Architype Review thanks Sascha Lobe for his interview and for contributing to this collection of Architype Dialogue.