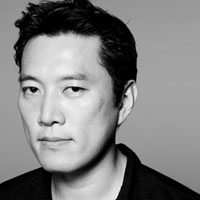 For the Korean Pavilion for the World Expo 2010 in Shanghai, we had to work with another quintessential condition of faster, bigger, and cheaper, but at a much more extensive level. Korea took one of the 10 largest sites…

For the Korean Pavilion for the World Expo 2010 in Shanghai, we had to work with another quintessential condition of faster, bigger, and cheaper, but at a much more extensive level. Korea took one of the 10 largest sites (approximately 6000m2), and the brief required us to maximize the buildable area in proportion to the size of the site. The design competition for the Korean Pavilion was one of the last to start, therefore allowing us only a year for construction. In addition, the given budget was excessively low. It ended up costing 3 to 8 times cheaper ($ per square meter) than the other self-standing pavilions. We devised a strategy to effectively address this faster, bigger, and cheaper condition without compromising.

For this expo, there was an underlying requirement that the architects should address sustainability, although we felt that it was contradictory to the fact that the buildings were only meant to last for 6 months. Therefore, we had to invent a new method of sustainability that was more suitable for this specific situation. We collaborated with a Korean artist, Ik-Joong Kang, to create color printed art panels for the non-peripheral exterior surfaces, to be individually autographed by the artist and sold after the Expo with all sales proceedings to be donated to an international charity organization. Not only will it raise funds for a cause, but through this social and artistic process, the recycling of facade material units as works of art will also enhance the sustainability of the Korea pavilion in a unique way, by directly and critically addressing the sustainability of this temporary structure that is only 6 months in use. Due to the given limited lifespan of the building, we had to evolve our role to plan for the building’s life after it has been taken down.

The majority of the pavilion’s exterior is clad with two types of panels made of aluminum composite: the white Hangeul (the Korean alphabet) panels, and the colorful art panels. The effects of these two types of panels had also been our exercise into mass customization with the benefit of digital construction, i.e. CNC cutting and the folding technique for Hangeul pixels, and color printing technique for art pixels. Without such technological advances, having more repetitive elements would have been the only way to build cost-effectively. However, these two construction techniques allowed us to create a cladding system that consists of 40,000 panels that are hardly repetitive, and yet remain economical. Instead, we, as architects, just had to draw (computer drawings for the CNC cutting and digital images for color printing) a lot more than a typical building. Also, these two texture-heavy and color-heavy panels were a forgiving strategy for the given fast and cheap local construction situation, because they camouflage small construction flaws (such as uneven joint distances, etc.), with the prior understanding that minimalistic design which can only supported by flawless construction quality is not affordable.

When we design, we focus on the existing specific conditions of each project to guide our process, and it becomes a type of a formal research. Although we don’t have a direct relationship with the current academia (nor are we in a position to guide it), we think that our rigorous process shares similarities with the academic process. I don’t think we’re fully conscious of any direct influences.