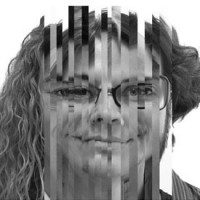 This project presented two significant challenges, one dealing with access and the other with existing infrastructure. The first challenge was finding a solution to the many entries and passageways…

This project presented two significant challenges, one dealing with access and the other with existing infrastructure.

The first challenge was finding a solution to the many entries and passageways that would simultaneously accommodate hotel guests, metro commuters, tourists, local civic users, and retail tenants. The Metro Portal takes riders from the Metro Red Line and introduces them to Hollywood by allowing them to ascend within an archetypal Hollywood Boulevard courtyard (in the tradition of Grauman’s Chinese and Egyptian Theaters) and by framing the historic Pantages Theater and Capitol Records Building opposite the site. Additionally, the plaza acts as the formal entry to the W Hollywood Hotel and Residences from Hollywood Boulevard, and leads guests through the Lobby Living Room of the hotel to the Motor Court, and vice versa. It also functions as a civic space independent of the retail requirements of the project’s tenants. It was very important to us that the space allow optimal way-finding and circulation without creating hierarchical segregation.

The second challenge was creating the courtyard around the portal on top of the existing Metro vault—a concrete stair and mezzanine leading to the sub-grade tracks—while providing access to a continually operating metro stop. This also includes grade-level spring-loaded hatches for emergency-exit vaults, and huge smoke-evacuation-grilles at grade. The maintenance requirements for Metro included 15,000-pound vehicle access to all structures on site, including the escalator portals and Metro elevator. Creating a landscape that accommodates and co-opts these elements, while providing adequate planting depths with the various sub-grade depths and equipment, was a significant challenge.

Design strength comes from an understanding that functions can overlap among different users or disciplines. The role of the architect is changing more as additional multi-faceted project opportunities arise that allow us to collaborate with other firms.

An increased number of mixed-use projects sited within historic districts requires an additional layer of resourcefulness and different analytic, even semi-archaeological, explorations. Our firm has always encouraged a collaborative, multi-disciplinary approach, but pulling talents from architects, landscapes architects, and designers to devise creative solutions is becoming even more important with projects on a large civic scale.

For example, approaching projects, such as this portal and plaza, as an architect/landscape architect team allows us to think differently about how to shape the city’s landscape. For me, seeing things as landscape is a way of seeing things as ground rather than figure. Urban infrastructure tends to be ribbon-like and rhizomatic, with occasional figural nodes. And buildings still are seen as figures on a field, plugged into infrastructure. By approaching a problem as a landscape, we can find opportunities to knit together experiences and invert the conventional figure/ground relationships. This is done not arbitrarily, but to allow itinerant users of each space to believe that they are within the salient figure for the time they occupy that field. This dismantling of hierarchy is not anarchic, it is an attempt at having it both ways—both figure and ground.

We see city infrastructure as something to be celebrated with design and color—not relegated to neutral materials. So, of us, the use of color in the central glass-covered portal was inevitable, as most matter has color as an attribute. We looked at the historic Pantages Theater—taking cues from the gold ceiling starburst inside the marquee, along with the bas relief and filigree at the parapets—to establish the color palette for the glass panels.

The use of several color shades and transparencies is also deliberate; we don’t just use one color, because nature doesn’t work that way. Rather than elaborate detail, we opted for various transparencies. There are three colors (gold, honey, and amber) and three grades of transparency (transparent, translucent, and opaque). Technological advancements in glass varieties allowed us to implement our design in a way that may not have been possible before. Using laminated interlayers as a color medium permitted us to achieve the variety we sought, while adding to safety by providing a structural benefit.

We used computer software to model the various colors and transparencies into a random pattern, which creates unexpected juxtaposition of reflected images with transparent views. This works to create an ambiguous composite image of people inside the portal, with people outside on their way to and from the W Hollywood Hotel and Residences.

Encouraging students and young architects to see the value in projects of varying scales is equally important. Working on a smaller public building, such as this Hollywood & Vine Metro Portal and Plaza, can be as rewarding as some of our more expansive projects, such as the Los Angeles Civic Park. The user experience is significant, regardless of the scale of a project. Aspiring architects must learn to relate to varying potential users, and thus adapt the design to fit the needs of any given audience.