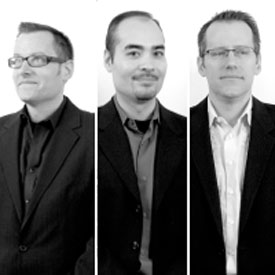 The Arthouse project required us to consider the full trajectory of a building’s history to be more important than any specific moment in that history. The building has shifted from a 1920’s theater to a 1950’s department store to a contemporary art center. In the process, it has acquired marks, traces and organizational affects from each phase, which cumulatively are extremely interesting and are often at odds with each other. For example, where the theater focused attention toward the stage, the department store pivoted attention toward the street, opening up the storefront and using the stage for storage and back of house activities. Rather than a total adaptation and reuse, Arthouse is a negotiation and modification of a buildings collected history through new tactical additions, adjustments and details.

Due to the peculiar nature of the building’s layered history—for example the structure is a single story steel deck inserted in the 1950’s within the proscenium theater’s concrete and steel truss frame—we were intimately involved in the construction administration beyond what would be typical practice. Given the subtle negotiation between past and new, CA work was a critical component of the design. This is consistent with our desire to expand the territory of the architect. In contrast toward the trend toward specialization, we embrace the broad scope available to architects.

In its 90 year history, this building has always engaged technologies of display, from the spectacle of the theater, to glass storefronts, illuminated awnings and signage of the department store. Its current manifestation of a contemporary art center similarly harnesses current display technology (video projection, computer controlled LED lights etc.) in conjunction with the previous techniques, to intensify the exchange between the city and the building.

For us, the binary between academy and practice is not so clear-cut as all three principals are embedded in both. Similarly, its difficult to distinguish these types of influence. These practice and processes are continually informing one another in a cyclical process that precludes any clear distinction.