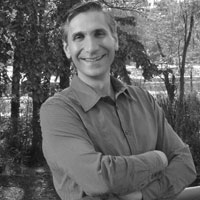 The most unexpected challenge in designing the Campus Commons at the State University of New York was the importance that social learning would play in the development and configuration of the project. We needed to create spaces within the Commons that were lively and visible; yet focused and controlled for group work and study. This was a challenge in a building type that is primarily and historically a place for socializing and gathering; not necessarily for productive working. However, recent pedagogy in learning relies heavily on team based projects and large social gathering places, such as student centers and commons, are becoming natural places for gathering, working and learning. We met the challenge at the Campus Commons project by creating an upper level mezzanine that was visibly and physically a part of the larger commons, but was also secluded and more private for group and team work.

The role of the architect has historically been a very public and social role by synthesizing the collective needs of institutions and peoples in to an expression that is meaningful to everyone at some level. Our role on the Campus Commons project expanded because of the active involvement of students who wanted their voice heard. This meant creating a sustainable facility that transformed the appearance of their beloved campus at the front door to the University. We explored with the students meaningful metaphors for that expression and collectively decided that the regional landscape of the Catskill Mountains of the Hudson River valley, where the University if located, provided the appropriate inspiration for a transformative architectural expression.

The Campus Commons project is possible today in two ways that might not have been possible before:

Trends in academic curriculum rely on group and project team work for learning and teaching. Learning is shifting its priority from a solely single scholarship model to a collaborative group model, thus informing spaces that are more open and flexible.