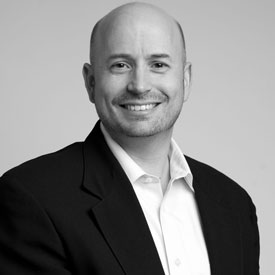 Does form follow function, or function follow form? There is no building type that epitomizes this age-old debate as purely as an Airport Terminal. In the case of a terminal project, those in the ‘function follows form’ camp would be the political and business leaders who seek an architectural icon in the hopes of driving notoriety and prosperity to their community. Those in the ‘form follows function’ camp would be the airlines, operators and tenants of the facility who are responsible for its performance and economic viability. These camps can sometimes have very different and often conflicting visions for a Terminal design. The primary challenge we have found through our 55 year history of Terminal design, is to merge these points of view into a single vision for the project.

Our most unexpected challenge for this particular project was the extreme divergence of scales driven by the enormity of the program. The two scales being that of a 7 million square-foot building with enormous contiguous spaces, compared to the scale of a human being. Our approach was to develop an urban scale response which served to create a cohesive architectural expression across the entire building and a human scale response via a series of neighborhoods and interior forms that served as translators from the urban scale to the human scale.

Instead of traditional responses such as emulating an aircraft or a bird or some other iconic element that could not possibly be perceived by a human being at such enormous scales, our approach was to create a concept based on the fundamental idea of motion. Terminals are fundamentally machines facilitating a constant flow of people and baggage from ground modalities to aircraft and vice versa.

As our society in general becomes more complex, so does the practice of architecture. Terminal buildings specifically as mentioned are significantly affected by our developing society. Today’s traveler expects much more than they did 30 years ago. Things like Wi-Fi, sleep rooms, spas, charging stations, private clubs, business centers, weather updates, wayfinding apps, concierge services, valet and others are examples of what is now expected from travelers. The architect as the orchestrator of the project is expected to understand and account for an ever- growing number of requirements and amenities.

Today’s technology enables the rapid development of complex ideas into visually compelling and understandable images. This allows the designer to explore solutions that were previously much more labor intensive to investigate; and it allows the client to visualize these complex forms at an earlier stage of development.

While the fundamentals of design remain consistent, the technology used to facilitate their development is taking architecture to a new place. The positive side of this is the rapid development of complex ideas and forms. The potential negative side is the possibility of these powerful tools guiding future design – not through the basics of architectural design principles, but by software functionality.

Architype Review thanks Jonathan Massey for his interview and for contributing to this collection of Architype Dialogue.