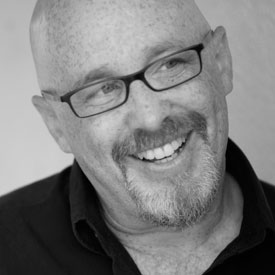 As editor-in-chief of Architype Review and co-founder of Architype Media, Harry oversees the selection and coordination of each of the publication’s issues and serves as the director of the Editorial Advisory Board. A southern California based architect, Harry is a design principal and partner at Redmond Schwartz Mark Design (RSM Design), an internationally recognized architectural graphics design firm. The studio was formed in 1997 as a think tank that blurs the boundaries of the traditional disciplines of architecture, branding, graphics, and interiors, incorporating these different explorations in each project to create multi-layered experiences.

Harry earned a Bachelor of Architecture from the University of Texas in 1987 and a Master of Architecture from the Graduate School of Fine Arts at the University of Pennsylvania in 1995. Before establishing his architectural firm, he received training while working as a designer at Barton Myers Associates, RTKL, and HOK. Over the years his professional work has been published in the New York Times, Interiors Magazine, Texas Architect, Process Architecture, Metropolis, and the American Journal of Archaeology and his award winning drawings have been featured in exhibits throughout the United States. For the past sixteen years, Harry has spent his summer months in southwestern Turkey as the senior architect and director of a team of graduate architecture students documenting and reconstructing the ancient Greco-Roman archeological excavations within the city of Aphrodisias.