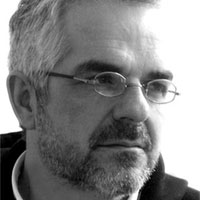 The subject of what type of museum this could be was an interesting challenge. The idea of representing music is often about treating sound as a material, but in the case of the National Music Centre with its collection…

The subject of what type of museum this could be was an interesting challenge. The idea of representing music is often about treating sound as a material, but in the case of the National Music Centre with its collection of historic instruments, artefacts, and various sound technologies, it meant also trying to represent music through static instruments. These instruments do produce music and have contributed to art through the centuries. But how would visitors understand that connection? We proposed that the building itself become an urban musical instrument. Besides the various performance halls in the building, the building became a venue for urban activity, both spontaneous and organized. The large arms that project over the street frame a public space that can be used for outdoor shows. In this way the building broadcasts to the city. The large central atrium of the project was a reverberation chamber, through which visitors would pass on their journey through the museum. This space was based on notions of echo, delay, and reverberation, and could be modified to alter sound and perception. It was designed to react to sound input from people and instruments and would manipulate these sounds, which would then be perceived by visitors on other levels.

The project could not be a mere juxtaposition of rooms or galleries. We asked ourselves, ”How can this be a real place with a real essence?“ It is necessary in the twenty first century to create an institution that is relevant to people at a time when information is instantaneous. Music, art, and databases are available today on our computers and telephones at the touch of a button. Keeping this in mind, it becomes imperative for us as architects to contribute to the design of an institution that doesn’t already exist. The museum had to be a place of interest and learning, one that would captivate the visitors’ attention for the duration of their stay, and which could continue stimulate their imaginations even after they have left. This National Music Centre needed to house their collections, but aspired to do more as a museum, to create an institution whose typology did not really exist per se. Through the development of the program, which included interactive exhibition spaces, indoor and outdoor performance spaces and the interactive reverberation chamber, music lounges and platforms with sweeping vistas back to the city— as well as in designing various ways in which visitors could proceed through the building— we sought to achieve an experience that was varied and would appeal to people of all ages.

The integration of cutting edge sound transmission technology is a facet of the project that could only be achieved today. We worked with Arup’s acoustical department to develop a strategy for the reverberation chamber, and to simulate and study the way sound would react in that space. The goal was to provide visitors with an environment that seemed instinctive and intuitive. That is, we desired to employ technology as a mediator, not an impediment to the overall experience. We wanted it to be fully integrated but to also disappear. What’s going on in the reverb chamber is quite complicated, but we endeavoured to design it so that visitors would notice primarily the quality of the sound and the purity of the space.

The movement of visitors and traffic also played a role, and we tried to convey this by technological means. The exterior envelope integrated LED lights that would react visually to the movement of people inside and sounds from outside the building, so that the architecture would appear to be constantly in flux. The skin of the building took inspiration from musical sequences; as a team we worked with our engineers to refine the structure of the building so that it could express through its of facade structure a hierarchy of grids based on harmonic overtones. Doing this we attempted to represent something abstract through very physical means. This way visitors can draw parallels between the sounds they hear everyday and the building they are inhabiting.

The way we work in the office is through research-based essai. We place as much emphasis on using our hands to make things as in employing evolving virtual technologies to carry out 3D research. Young people in our office do have a working knowledge of the latest trends in virtual modeling and methods, but they also prize working in the workshop we have. They have access to the workshop for personal use just as they do for working on office projects and research. This way they are stimulated in both ways and there is a constant interchange of creative processes.

The question about academics is an interesting one too. Our office has over the years worked on many educational and research institutions, such as the Perimeter Institute for Theoretical Physics and the Schulich School of Music which employs cutting edge sound technologies. We are currently working on the UBC Faculty of Pharmacy and the John Abbott College Science and Technology Building. Even though these are not institutions dealing specifically with architecture as their own subject matter, interacting with these clients is a way of connecting with the multiple academic fields and the latest innovations in technologies. Coming into with these fields enables us to learn a great deal about subjects that are not our own. Through the course of a project we are constantly learning about their disciplines and the client in turn learns about contemporary architecture. The learning curve is quite high in that sense, both ways, and allows us to derive a great deal of architectural inspiration.