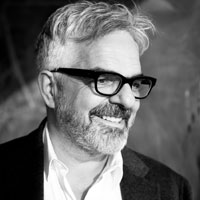 For the Michel Brisson_ Boutique, the most challenging issue — but also the most rewarding — was bringing the building back to its original structure, where we discovered more than just its bones…

For the Michel Brisson_ Boutique, the most challenging issue — but also the most rewarding — was bringing the building back to its original structure, where we discovered more than just its bones, but its true essence as a 70’s structure with concrete textures. It was partly unexpected to discover the richness of the Brutalist layer that had been covered in the last 20-30 years by layers of added materials. After stripping these away, the question remained, how do we add to this building in a way that respects the spirit of the place? Our strategy involved—as you’ve seen—forging a strong link with the original concrete structure by the use of light and glass, elements that enhance and give value to that structure.

There seems to be an emerging challenge today — that of renovating and adding to buildings that are only a few decades old. This involves a different approach from the integration of contemporary architecture into older, more historic contexts, as we have been faced with over several years. Today, the task is more and more adding to 1960-70’s era buildings — architecture that is neither wholly contemporary nor “historic.” Current design can often merge with architecture from that era, challenging notions of conservation and preservation. Indeed, the chronological “zone” of intervention is moving closer to our time.

For me, lighting technologies and the availability of newer materials bring us to an era where we can deal even more adeptly with the way architecture is perceived through light and reflections. These new materials can often be lighter in quality and technically integrated into the structure of the building so that they seem to dematerialize. There is thus no more emphasis of their forms and texture, but rather in their appearance and disappearance and therefore in the way they affect the qualities of a space.

When entering the main space of the new Michel Brisson_ boutique, for instance, one first perceives the expansive opalescent light that illuminates the large display space under the mezzanine, rather than taking note of the physical surface of stretched plastic through which the light emanates. This opalescent material is Extenzo, which works well to give this uniform distribution of light throughout the space. Just as important, though, are the other materials used to give the space its unique feel: black smoked glass that reflects the entirety of the store; computer-designed laser-cut shelving and display elements; and the custom light fixtures, which by employing fluorescent lights — a technology widely popularized during the 60’s and 70’s — act as unifying intermediaries between the ensemble of elements.

The technical and visual qualities of these materials are perceived before the material itself, and that is something we are very interested in because of the potential for various spatial qualities. This works especially well in the boutique because of the superimposition of these materials (and the resulting spatial and lighting effects) with the original, poured in place ribbed concrete. For us, this goes beyond notions minimalism, as it is more about the expression of materials in a way that enhances perception of space rather than in drawing attention to themselves.