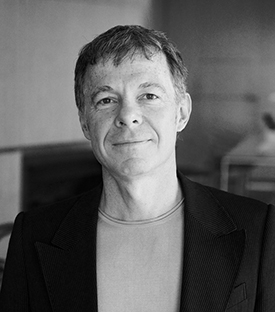 Architect behind the 2013 World Building of the Year Award-winning building, the Auckland Art Gallery.

Please tell us anything you’d like us to know about the gallery or your award before we begin.

Public buildings are important and they should state their significance in a city which is otherwise dominated by private interests. Commerce shapes the modern city’s skyline and retail commands its streets. It is important that these influences are balanced by architecture that expresses something more about a society’s aspirations – about what it considers to be really important.

At the Auckland Art Gallery, there has been a desire to create a building which is not over-monumentalised, but which does declare the significance of art to the city, and indeed to the country. We wanted the new building to equal the ambition of the old one. I also hope people might value the heritage building more because of the new addition, and that they might think that this part of the park is more beautiful now, and more hospitable.

The WAF judges said: “This is a highly sensitive addition to Auckland Art Gallery which reanimates and reinvigorates the existing building. It responds brilliantly to context and site and gives the gallery a new architectural identity.”

A fundamental challenge was to sensitively restore the wonderful heritage building while developing a complementary, flexible and contemporary design. The design had to create a significant new exhibition to complement the character and function of the existing heritage galleries.

We were acutely aware of the significance of this project to the city of Auckland and New Zealand. It was important to celebrate New Zealand’s forward-looking and open culture in a post-colonial age. Consideration of the bi-cultural context significantly influenced the design – the design aimed to establish a cultural presence and an opportunity for public ceremony encompassing the Taonga and collections within. The building is all about New Zealand, and it has the work of great Maori artists embedded in it. We sought a more contemporary reflection of a bi-cultural identity which results in an acknowledgement of both Maori and European settlement within an open and inviting character.

The process was undeniably complex, and sometimes contentious, but the building has been universally embraced. This new project gave us an opportunity to rethink that, to recast it in current values, to create a bi-cultural gallery that can have a much more holistic relationship to New Zealand society.

This was a very special and demanding project. To design a City’s art gallery is a very significant duty, you must seek to understand the values, art and culture of a people and and a place, to find some authentic expression in the architecture. It is also a great privilege to work with a great museum director and the curatorial team. Finally you must be the champion of the project as such ambitious and public endeavors attached opposition and conservative resistance. Such an experience certainly expands your role as an architect in many very positive and unexpected ways.

More generally the role of the architect is certainly evolving and changing in our expanding and global industry. In some was there is an increasing marginalisation of the role of the architect, with the rise of alternative procurement methods and the increasingly central role of the large contracting and development firms, however this has to be seen against the increasing number of architects engaged broadly in the industry as clint representatives, design managers and within approval authorities.

One of the great challenges we face as architects in this age is that our materials and our systems are sourced from all over the world. We were seeking to make a building that was really embedded in this place, in this culture. New Zealand has some unique qualities, especially its specific natural environment and its indigenous culture, but it is also very interconnected with the global economy, and has aspirations to remain so. If you are going to put any building in this city with any thought attached to it, you are going to make some kind of statement about this inter-relationship.

The materials in the new gallery reflect the balancing of a sense of place and a localised culture with a globalised culture, just as putting a new building next to an old building is a balancing of present and past. Material selection was very important, particularly the kauri in the roof canopy.  We wanted the choice of materials to not just be driven by the pragmatic concerns of affordability, availability and technical performance. We were conscious of the value of this material at every level – its cultural significance, its environmental preciousness, the process of getting the fallen kauri out of the forest, curing it and forming it

Technology allowed for creation of the canopy

We wanted to make a building that was like a forest – an extension of the canopies through the building. The ceilings of the canopies are assembled from carefully selected kauri, profiled into precise geometric patterns and supported on slender and tapering shafts. These emblematic forms give the gallery a unique identity.

Three-dimensional double-curved roof profile was developed and tested through advanced computer-assisted design and physical models. The canopy design was then refined right down to the detail of fixings and actual board selection using full-size prototypes. The final form of these interconnected canopies transfers all the earthquake loads through its three- dimensional truss-like forms, allowing the whole roof to balance with great lightness on finely tapering timber and steel posts.

Off site, joiners from Papakura Joinery began piecing together a series of twenty-three golden tree-like canopies, crafted from local kauri stock that was either recycled or forest-fallen. Individual planks were hand-planed, curved and clamped in the manner of wooden boat-building, then fitted together for a gentle, double curve. Later, the canopies would be craned on site, to rest above slender, timber-clad engineered steel columns.

I think there is a symbiotic relationship with the academy and profession, with a constant exchange of thinking and research. At the University of New South Wales, where I am a visiting professor, there are several research streams of great relevance to the interest and work of our practice, and with the other schools of architecture an exchange of ideas and research through the teaching of our staff there and the influx of students and graduates. Our exchange includes international institutions such as the great work of my colleague Professor Michael Hensel, the director of the Research Center for Architecture and Tectonics  at Oslo.

This is a very healthy and important dimension to the profession, extending it’s reach and depth of knowledge.

The Auckland Art Gallery is a vibrant and dynamic project. What was your thought process behind the design? What influenced you in its design? Did you anticipate that it would be so well received?

What struck me most were the twin relationships that the new building would have to establish, one with the heritage building and one with Albert Park. For me, the strongest inspiration was the landform of the park, and in particular the beautiful canopy of pohutukawa trees around the Gallery. I thought the juxtaposition of the park and its trees with the building presented an amazing opportunity. We wanted to achieve a synthesis of nature and building, and we also took this approach – you could call it a dialectical approach – with the relationship between the new building and the heritage building.

The relationship is really one of opposites – a meeting of yin and yang. Whereas the original Gallery building is very much about load-bearing walls, punched windows and the primacy of the façade, the new building is not about these things at all. There is the roof, envisaged as an extension of the canopy of trees, and there are terraces which are extensions of the park. The new building has many walls, of course, but its architecture is not in essence an architecture of walls, but of their absence. This fits in with the brief developed by Chris Saines and others for a building that was welcoming and transparent, and that engaged with the public realm.

This openness, which is a little unusual for an art gallery, was an intention of the brief. From the interior of the building you can see people sitting in the park on almost exactly the same level as you, and not very far away. When people are standing on the sculpture terrace or back inside the atrium of the gallery you get a sort of human layering. Galleries can induce a kind of threshold anxiety. People think, ‘I don’t really want to go in there.’ But if you blur that edge so that you can see the art, you get a sense of being in the building even when you’re not, and vice versa. I’m really happy with this effect, and I hope it will be one of the most successful aspects of the building.

Check out the Auckland Art Gallery and all of Richard’s projects at the fjmt firm page.