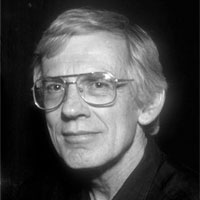 The Wildbeast was to be a chameleon, transforming from classroom to recital hall to outdoor performance shell and, while those functions could be technically accomplished, there were both physical constraints and symbolic goals which were…

The Wildbeast was to be a chameleon, transforming from classroom to recital hall to outdoor performance shell and, while those functions could be technically accomplished, there were both physical constraints and symbolic goals which were often at odds. This was particularly true in terms of the siting of the building, which made an aesthetically pleasing resolution of these aspects particularly challenging. Once a suitable gesture was developed— one which would divorce the project from Cal Arts looming bulk, it became apparent that two opposing axes would be required for performances in the project’s various guises, and that raised acoustic issues which could not be addressed, much less solved by conventional analysis. Working with acoustician Dave Conant, we devised a strategy of absorption/reflection/diffusion which countered the inherently negative acoustical properties of the bare shell and produced a sonorous and, to all reports, artistically rewarding musical ”instrument“ which performers and audiences alike respond to with great enthusiasm. In theory somewhat like a musical instrument rather than a ”building“, this approach led to a revelation in approaching performance-based architecture which, although risky, paid off richly in the depth and precision of sound.

While the professional role of the architect is increasingly constrained by legal and practical concerns, our studio attempts to reap aesthetic rewards by embracing contemporary materials, methods, and technology. Our interest in every project has been to experiment with the intersection of form, technology, and culture, and to work collaboratively with fabricators, adventurous consultants and technicians to create designs which resonate with contemporary values. Often, this approach leads us to design concepts which require investigations beyond the scope of traditional architectural practice, but we have found that, given sufficient exploration and, often, mock-ups produced in our shop, that we can demonstrate the viability of novel concepts. This is especially true in our work for exhibitions, where the constraints of building codes do not present barriers to innovative approaches.

The design for the Wildbeast breaks new ground both with the absolute coincidence of expressive form and seriousness of purpose, for which advanced membrane stress analysis enabled us to model an acoustic volume which was simultaneously structural and acoustically sophisticated, resulting in a sixty foot cantilever with an improbably slim profile. Acoustic concerns also dominated the rationale for a rank of pivoting clerestory windows which could not have framed openings owing to our desire to express the free-flowing gesture of the roof. This led to the need for extremely tight clearances and exact closure which was made possible only when an aircraft specification stepper motor generally used to adjust control surfaces on a passenger airline was repurposed to regulate the windows. The curved diffusion panels which line the inner surfaces of the shell were likewise the subject of an intense search for an aesthetically rewarding ”backdrop“ for performers while at the same time creating a recording studio sound quality. This sort of ”cross-over“ or hybrid technical solution is, of course, much enhanced by the Internet, which allows us to navigate far outside the normal supply chain of building materials, and in the process to assemble a unique approach to each element of a project— thus avoiding a generic solution by specific demands rather than whimsy.

Current trends in the Academy seem at present to be dominated by the latest issue of ”Tools at Hand“, meaning the specific computer programs which enable the creation of a specific family of forms. As both Ming Fung and Craig Hodgetts are committed to teaching architecture, she at Sci-Arc, where she is Director of Graduate Programs, and he as a faculty member at UCLA, we are both very familiar with the immense potential of those programs as well as with their limitation. However we see their creative contribution primarily as a special purpose arrow in the architect’s quiver, and by no means wish for or hope for our work to be characterized exclusively by the output from those programs.

Academic curricula, even though some seek to acquaint students with a full spectrum of issues affecting contemporary practice, find that students are far more easily seduced by elaborate, push-button technology, than a thoughtful, socially engaged, multi-layered process. Its unclear to either of us where this will lead, but it has become apparent that a profound shift in direction is taking place which will unquestionably change the role of architecture in the future.