We met several challenges in this project. The most important was to meet the Oslo city’s strong ambitions and strict demands on universal access, on a site which has been regarded…

We met several challenges in this project. The most important was to meet the Oslo city’s strong ambitions and strict demands on universal access, on a site which has been regarded as a non -penetrable area for disabled, baby carriages and bicycles for decades, and at the same time create a good space.
We decided to use the accessibility necessities, like ramps and rails as major design issues and turn it into a brand/image for the square. 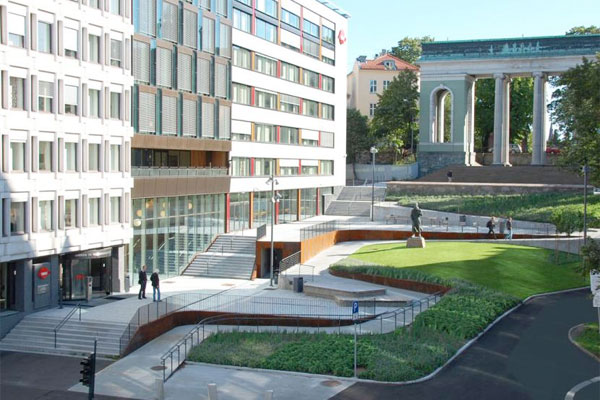 Landscape architects in Norway are more and more trusted to design central urban projects. Designing and establishing Schandorff square developed from being a secondary project connected to an office building for the client, to an independent major project encircled by enthusiasm. We believe that this interest also reflects a more prominent role for the landscape architect, and shows that landscape architects are fully qualified for such a task.

Several designs the last ten to twenty years ago has been proposed for Schandorffs square, in a rather “respectful” design with terraces and stairs. The cities legislative demands to universal access opened for a different attitude to the site. This cleared the way for our project with more untraditional design as a response to the new demands.
We are carefully following other landscape architects work, both Norwegian and international. But first and foremost we are engaged in creating our own design, closely related to the conditions of the site and its surroundings. 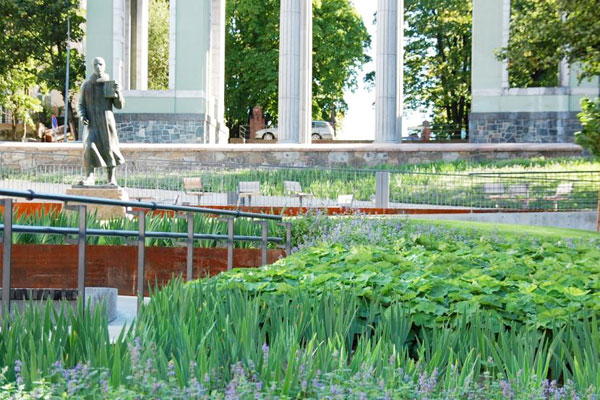 In the context of this project, how are your office and your design process being influenced by current thoughts in academic curricula? In turn, are your current projects and processes guiding the ongoing reformulation and development of academic curricula?

Designing urban spaces have been going on for centuries. In working with this project we have been listening to those who claim that meeting places today do not function in the same way as they did several hundred years ago. With the emphasis on movement as an attraction, we have tried to create a different urban space, one that works more like a walk in a garden with generous perennial plantings.
The attention received for Schandorff’s square, both in Norway and abroad, is perhaps an indication that this is a project that can influence other landscape architects and urban planners to integrate good use of universal design.