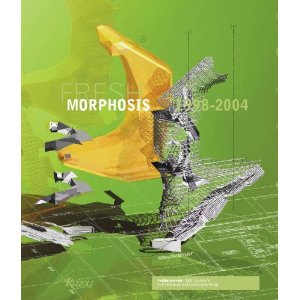 One of the few truly visionary architects of large-scale commissions working today, Thom Mayne won the 2005 Pritzker Architecture Prize, his field’s most prestigious award. Mayne’s influential firm Morphosis, founded in the early 1970s, has maintained an avant-garde presence among contemporary architecture firms even as it has garnered high-profile, big-budget commissions around the world. Since Rizzoli published Volume I of the Morphosis series in 1989, the Los Angeles-based firm has attained the highest levels of international esteem and influence as it continues to push its intricate modernism into new territory. In the tradition of its three comprehensive and visually groundbreaking predecessors, this fourth volume packs 575 illustrations into its tour of Morphosis’s activity at the turn of the twenty-first century. And like other series of Rizzoli monographs, the Morphosis series is considered the authoritative record of the firm’s work. New works covered in Volume IV include the extraordinary Cal Trans Headquarters in Los Angeles, housing designed for New York’s 2012 Olympics bid, the San Francisco Federal Office Building, the NOOA Satellite Operations Facility, and major housing projects in Toronto and Shanghai constructed of glass and high-tech materials demonstrating the appealingly iconoclastic modernism of Thom Mayne and Morphosis.