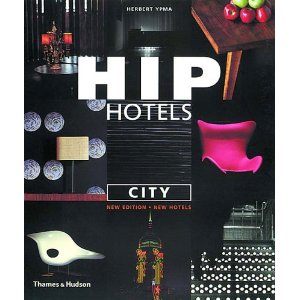 Hip Hotels: City didn’t just identify a trend, it led it. This revised edition reflects that, introducing around a dozen stunning new hotels (all of which have opened since first publication) and at least three new city destinations (Delhi, Marrakesh and Tokyo). New hotels include One Aldwych, a superb example of the new contemporary luxury; The Manor, Delhi, an amazing piece of fifties modern architecture originally built as a hunting lodge; Blakes, Amsterdam, Anouska Hempel’s latest venture that brings her Asian-inflected minimalism to a superb piece of Golden Age Dutch architecture; and The Establishment in the heart of Sydney, which houses not just a hotel but the city’s hottest bar, nightclub, restaurant and sushi bar, taking the hotel-as-destination concept to a whole new level. The book also has a new updated cover and a new contents spread.