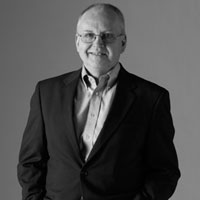 There were no real unexpected challenges but there were significant challenges. The schedule was of course a significant challenge. 28 months from design to opening means that we had to make a great many decisions very quickly. Aside from the schedule the most challenging issue was defining what a 21st century library should be. In a digital age, the traditional library with huge stacks of books in no longer relevant. The KAUST library is much more about access to information whatever its form. In the KAUST library there are, of course, periodicals and reference books. The library however is dominated by computers with access to virtually every known digital source of information in the world. The library staff spends significant amounts of staff helping users find the right sources of information as in a traditional library but now it is more about finding the right digital source. The library is also more of a social center that more traditional libraries with not only a café but many rooms for group work.

How did this project expand or evolve your role as an architect in any way? In general, do you feel that the role of the architect is changing on current projects?br />

The role of the architect has always been about solving problems. The world is changing rapidly in the early 21st century and as a result some of the problems are perhaps more complex than they have in the past, in more static times. So the problems are more complex and the time to solve them is shorter. Where the big change in the role of the architect is evolving is in relationship to the construction process itself. While this is playing itself out in many different ways, the digital age, the many tools that it has provided and the many new ways that it allows us to see the design has significantly altered the traditional roles in the design and construction industry. The digital design files that architects produce today frequently become the files that guide shop drawings, fabrication of parts and allow the builder new, faster and better ways to carry out the construction of the design. In this way, the traditional boundaries between roles are being blurred.

\How is your building possible today in a way that it may not have been before and how have trends in technology and society inspired new thought and solutions?

The answer to this question has to be in two parts. The first has to do with the literal function of the building – what it meant to be a library at the dawn of the 21st century, how people today think about, access and manipulate data. This seems to change daily and we had to spend a great deal of time thinking about these issues. The resulting “library” is more of a computer center than a place to store printed material.

The second answer has to do with the ability of computers through BIM and related tools to rapidly generate the design drawings that allow buildings like this to be built. We simply could not have been able to design this building in a non-digital, non-BIM environment. The entire design, from early concept sketch to finished construction document took approximately 4 months. In addition, we were able to give the major systems subcontractors the digital files to help them generate the necessary shop drawings rapidly allowing us to meet the tight schedule.

Digital, digital, digital, faster than ever and forget about boundaries, labels and silos. Young architects just expect that we will have all of the latest software, expect to be working in teams and believe they can do nearly anything from the beginning to the end of design. The only way we were able to meet the schedule and yet produce the quality of design that we did was because of the incredible team of young architects that we had. We were able to move rapidly from very early design ideas through to complete construction documents and into shop drawings without missing a beat. It was all digital of course, mostly in Revit and done in most cases across long distances.

It is hard to judge how our work is influencing the reformulation and development of academic curricula. Many of our younger architects also teach part time so there is a natural feedback loop between practice and the university. Who is influencing who?