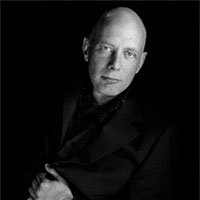 We have often said that the concept of the architect has changed a great deal in just the last ten years and is continually changing. In recent years this has required the expansion of specializations; of the sustainable, infrastructural and material knowledge…

Because theatre design in its broadest sense largely relates to performance and music, much emphasis is often placed on assuring optimal acoustic conditions. For a Dance Theatre this is also very much the case, as for classical performances there will also be an orchestra. However, apart from material requirements such as specific flooring systems etc., for the Dance Palace in St. Petersburg the client asked us to ensure that every member of the audience, no matter where they were sitting, could always see the dancer’s feet. This was a particular challenge and became one of the essential elements in the design for the main hall.

In general, differences in approach are influenced by the fact that in the design for a conventional theatre you may concentrate more on embracing the idea of the audience becoming part of another world, or on creating a variety of experiences connected to the idea of entering other worlds. This differs in a dance theatre as here there is more emphasis placed on the performance of the body. For the St. Petersburg project this was an essential consideration, much more so than in previous theatre projects. The body generates a large amount of sculptural, virtual space – much like the face, where a myriad of emotions can be expressed on an otherwise stable plane with set features. For the dance theatre we created a kind of Brancusi face; the building is almost sober in its countenance, but in fact it contains a lot of different readings and expressions when viewed from different angles.

We have often said that the concept of the architect has changed a great deal in just the last ten years and is continually changing. In recent years this has required the expansion of specialisations; of the sustainable, infrastructural and material knowledge which needs to be applied to contemporary projects. Theatre design in particular requires extensive knowledge about acoustics. As an architect not only do you need to develop your knowledge in new fields, but you also have to guide this knowledge in particular directions in order to turn your vision into a well organised reality. In the past architects could work in a linear way through the design process in order to build their projects. Today you have to be very phlegmatic about how you coordinate the knowledge around the design. You have to allow an organic development to take place and you have to be careful not to be stubborn in this process.

Technology has greatly improved design, not only because of the useful tools it provides for the design, build and communication processes, but also because of the effect it has had on innovation, creativity and experimentation. Having said that, it still remains essential that we do not get carried away. The design process, no matter which tools you use, needs to be edited and guided.

Society on the whole of course changes with advances in technology, but as Foucault mentioned, technology is meaningless without its social implications. New techniques and technologies are produced as a result of social needs. Take the mobile phone, for example.

Because of my own teaching and the connections we have with various universities I have always strongly believed in the importance of the academic curricula. For this reason also many of our architects come from these universities.

In our work process we also develop academic research and apply this back to the practice. But it also works the other way around, where the practice itself will create areas of interest for such research. There has always been a very strong connection between the two and it influences the work in a very positive way.