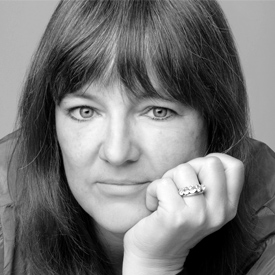 Most powerful for us in working on religious buildings is the emotional context in which they are conceived, designed, funded and built.  The unfolding drama, both spoken and unspoken suspends the projects in a highly charged and singular way, that is unique from almost any other building type.  This context is all-encompassing and invigorating. It demands an intense ability to both listen and discern, while charging the act of design with an equally intense singular clarity and vision.

Our project was created quite painstakingly, using old fashioned design processes, such as large scaled models, showing detailed intersections of form and detail.  Of course we developed 3D computer models and renderings over the two year design process, but in the end, what finally convinced our clients and patrons, in the midst of a bitter recession, to proceed with the project, were large, wooden models, developed here in our model shop by hand.  We brought everything to life in the model shop – the existing building itself, up to twenty different schemes for the new narthex/entry, large scale models of the glass chapels, larger still scaled models of the shingled glass and its overlapping connections, larger still models of the clips that held each shingled glass piece, all the way up to full scale extrusions of the aluminum clip that would eventually hold the glass. We built mockups within the existing church, with the glass samples held against the existing walls to communicate how the new walls of light would perform with the new varied colors of glass.  It seemed essential that the project be communicated viscerally and directly, through sensual and tactile means.

Finally, during construction, that directness affected the collaboration with the construction team for several of these custom details.  In addition to the shingled glass wall, the painted, stucco back wall of the church, inspired a deep collaboration between the painting subcontractor and ourselves.  Over the course of several weeks, I was out on site, with paint brushes and custom paints, determining the right balance of color, reflectivity and light for the 60 foot high back wall.  After several of these sessions, often late at night, the painting contractor would answer in the morning with mockups.  The dialogue of mockups continued, with the client often noting their input with taped squares around the areas they were most moved by. We settled this way, on the deeply toned, rich back wall texture, in a quiet and perfect collaboration that completely elevated the experience of the church.  In retrospect, the nature of the project and its emerging quality, seemed to inspire greater passion and commitment from the entire construction team, down to many of the laborers working on the project.  As the design lead of the project, it was deeply moving to see the inspired level of work emerge from every member of the team, as the building came to life over the short, six month construction schedule  Boundaries between architect and contractor seemed to dissolve as a greater and greater level of trust developed between architect and contractor.

Working on a church that had been designed in context of the early Northwest Modernists, just blocks away from the Space Needle and the Seattle 1962 World’s Fair, the exuberance of the era shows clearly through the church today.  Our task was to pull back the layers of exhausted and dated renovations that had marred that exuberance.  In an odd dichotomy however, the church had been constructed in the 1960’s with rather conventional means, with the exception of setting the glulam beams vertically to dissolve the plane between wall and roof, and create a large, enveloping tent for the congregation.  That embrace of industry and technology spurred us to continue to look locally to our sense of place, and turn to the local Boeing sub-contracting community that has grown up over decades of airline engineering and manufacturing with the Pacific Northwest.  We worked with a brilliant subcontractor, Skylight Solutions, who had deep ties in the local aluminum construction community and we collaborated closely together to develop the cast aluminum clips using extrusion techniques developed for their work over the years with Boeing.

All levels of our small office from the principal founder to the youngest intern architect teach and are engaged with local and regional universities as much as possible.  We encourage a wide variety of thought inputs at all levels, both internally and externally and try and work collaboratively as possible with everyone in our office, our clients, our contractors and fabricators.   The model shop was a particularly rich arena of collaboration, even before we had been awarded the project, where we established an internal ‘mini competition’ for the entire office, with all of us making options for the new entry/narthex to options at half scale mockups of the rear wall finish treatment.  We brought them all into the interview with us, and showed them how we would approach the project.  They loved it.