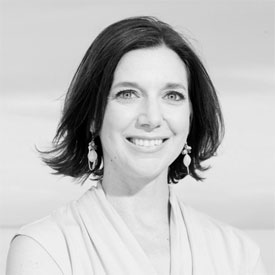 As President of the SEGD Board of Directors since January 2012, Amy Lukas leads the Board in guiding SEGD’s strategic visioning. A member of the executive board since 2007, she joined SEGD in 1993 as a graphic design student at the University of Cincinnati’s College of Design, Architecture, Art and Planning (DAAP). At DAAP, she developed a love for environmental graphic design and has built her career on creating integrated, scalable, and sustainable design solutions for her clients.

Lukas is Partner and Project Director for Infinite Scale, the Salt Lake City design firm she established in 2002 with partners Cameron Smith and Molly Mazzolini. Prior to launching their own firm, the trio worked together on the Look of the Games for the Salt Lake City 2002 Olympic Winter Games.

As Project Director for Infinite Scale, Lukas has overseen the development of projects for clients including the National Football League, Union Pacific, the United States Tennis Association, the National Hockey League, Brigham Young University, the Natural History Museum of Utah, and the Sundance Film Festival.

“Our firm’s process focuses on brand integration from the development of a logo to application within the environment,” says Lukas. “We think holistically to integrate the architectural design, the function of the space, as well as the user experience.”

Lukas speaks frequently to groups such as SEGD, AIGA, IDSA, and AIA, and in 2011 was a presenter at TEDxSalt Lake City, addressing “Ideas that Scale.” Infinite Scale’s work has been honored by the SEGD Global Design Awards, the AIGA 365, the AIGA Utah 100, and the Utah Arts Council. In 2011, Lukas and partner Molly Mazzolini were named two of Utah Business Magazine’s “Forty Under 40.”

Prior to her work for Infinite Scale and the Salt Lake City Organizing Committee, Lukas was a Senior Designer at Selbert Perkins Design, Los Angeles, and a Designer at Carla Hall Design Group, New York.