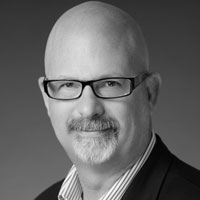 Our design concept for the Chongqing Library competition was predicated on the notion that the sharing of knowledge and ideas are to be free and transparent. We also believed that this building…

Our design concept for the Chongqing Library competition was predicated on the notion that the sharing of knowledge and ideas are to be free and transparent. We also believed that this building would be more than a regional library—that it would be a community resource more than simply a static repository of books and media technologies. We thought more about this as a civic place that should be accessible and welcoming to the public at large, where people would be attracted by the ability to interact with each other as much as with the resources within. Because the library was thought of in this way—as community center—it therefore included a very diverse program; in addition to books, the library includes a theater, a book store, an exhibition space, lecture and conferencing facilities, a restaurant, and a scholars’ hotel—centered on an open green courtyard.

While I am not sure that the role of the architect is changing, I do feel that more and more architects need to understand that their role must go beyond inconsequential form-making. Speaking personally, this project made me even more cognizant of the work that excites me—where the form-making stems from a reaction to the interrelation/conflicts and intersections between three fundamental factors:

By working away from my home base and out of my cultural comfort zone, I discovered that it became more important than ever to be able to understand and demonstrate where my and the entire design team’s ideas were rooted.

Because our design concept was predicated on the free flow of thought and knowledge, it was important for us to make the building itself transparent and not an enclosed fortress, a common tradition for libraries. Fairly recent technological advances in glass, coatings, and fritting allowed us to maximize transparency while mitigating glare and heat gain; the technologies served the design concept. To further celebrate this idea of thought, we designed the glass fritting as a collage of quotations from important scholars throughout the ages. As a community center, is was important that the design also illustrate the values of diversity, so we purposefully selected quotations from individuals who represent all parts of the world. We fragmented and fractured these quotes so that the façade is more puzzle-like than a blatant billboard of “deep thoughts.”

Our design process has evolved to a point where it is now a series of continuous contributive efforts, where group interaction and back-and-forth not only is the norm but everyone feels a responsibility to contribute and to evolve or enhance a unified strong idea—but it’s not “collaboration” as an end to itself. Our design process is also more and more informed by other disciplines—sociology, history, science, art, and more. Our work continues to strive to go beyond an “engineered” solution or formal shape-making solution to a given problem. For me this particular project was exciting to work on because all of the team members agreed to a relatively simple foundational idea and we all contributed to enrich that collective idea.